Showing posts from January, 2009
Show all

Final Chapter: The introduction of the team 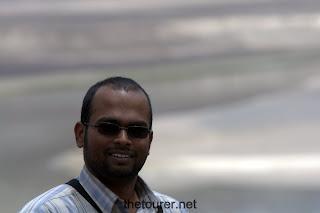 Finally we got our bikes back from the Gati Transports. We had expected at least Gati people would take care of the bike and transport it safely. But all our expectations went for a toss. When I received mine and Prabhu's bike I noticed the packaging on my bike had torn off and the rear fairing had a big scratch. Worse was Sunil sir's bike, it had a dent in the tank at least the size of an adult's fist. We complained to the guys who delivered the bikes to our houses but they said we would have to give a complaint to the higher authorities. Again like the Aakash Packers and Movers these guys wouldn't have done anything. We did raise the complaint but nothing was done. Anyways a lesson learnt from this trip. NEVER TRANSPORT YOUR BIKE THROUGH THESE PACKERS COMPANIES, OUR GOOD OLD TRAINS ARE BETTER THAN THESE GUYS. Anyways moving on and finally the introduction of the team: All photos from Sunil Sir's cam. Prabhu - Comet GT250 Black Rigzin - Scorpio: Our hyperacti
Read more
More posts